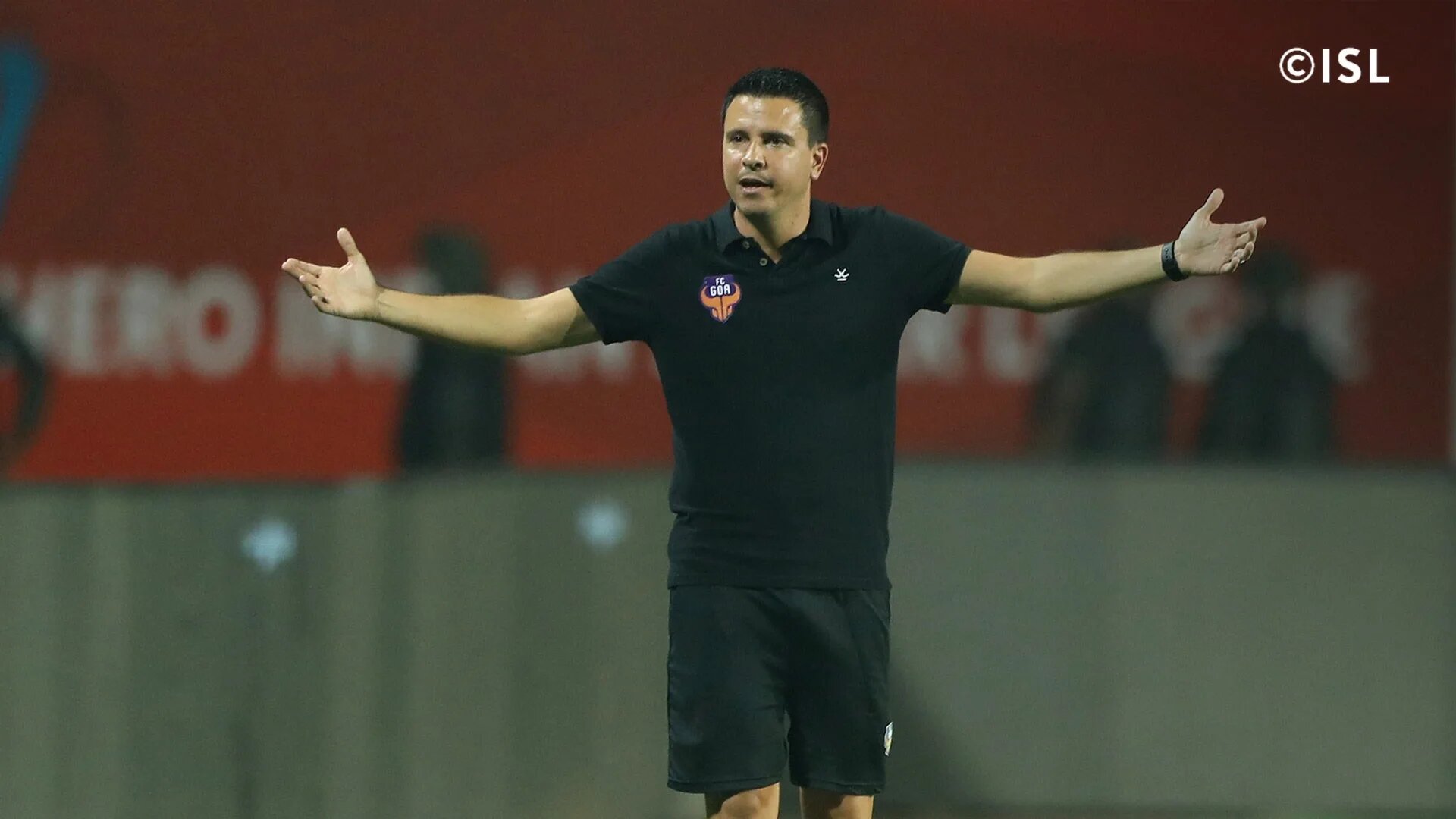 Positional Play (or Juego de Posicion) has caught many a fancy since Guardiola arrived into the footballing world. Like many others who are intrigued by this playing style, I have devoted the last few years to learning as much as I can about this concept. The concept revolves around one main idea – space. Like the name suggests, to look at football through the positional play lens, you need to look at how teams occupy positions on the pitch to conquer certain spaces in order to disorganise the opponent and create advantages for their own team.

Pep Guardiola – ‘Football is a question of spaces. If the players read exactly where are the spaces, we can build up or attack in the final third easy. To read where the space is, that is important in football’

The style dates back to the 1950s when English and Scottish coaches laid the grounds for positional play as you see it today. Vic Buckingham, who coached at Ajax and Barcelona, had this to say about his ideas –

“Possession football is the thing, not kick and rush. Long-ball football is too risky. Most of the time, what pays off is educated skills. If you’ve got the ball, keep it. The other side can’t score. I liked to have people who could dominate other sides playing like that.”

Any idea in life is born with the intention of generating success and juego de posicion is no different. As you already know, the biggest proponent of this style was Johan Cruyff, who was hugely inspired by Rinus Michels. After the Totaal voetbal era, you saw Cruyff’s Barcelona implement a largely successful version of positional play because not only did that team win titles but it changed football forever. Not only was Barcelona playing a never seen before brand of football but they were winning, both hearts and accolades. Cruyff had an even greater impact – La Masia changed its football methodology and this had a trickledown effect on Spanish football in general. Paco Seirul-lo, who is the current Director of Methodology at FC Barcelona had this to say in 2011,

“Barcelona’s football, since the last 20 years when Johan Cruyff was there, has been following a specific learning methodology for a way to play football and a philosophy to carry it out. This process does not happen in a few days, as it requires long time, and starts with 14, 15- and 16-years old boys.”

As a result of Barcelona’s success with Cruyff and most recently with Guardiola, the Spanish coach education system started including positional play in their curriculum – this would have a major impact on football in Spain since coaches from across the country were incorporating their understanding of positional play in their daily training sessions. However, Cruyff had the biggest impact on his players, among whom a lot would go on to coach at the highest level the most common examples being Koeman, Enrique and Guardiola to name a few.

Having mentioned earlier the impact Cruyff had on La Masia and Spanish football, it would be safe to assume the reciprocal effect he has had on Indian football given the large number of Spanish coaches working at different youth academies and the highest level. One of these coaches has left a huge impression on a lot of fans across the country & me personally – Sergio Lobera. Having spent a good number of years coaching young talents in FC Barcelona, Lobera is well versed with the intricacies of positional play. For the purpose of dissecting Lobera’s version of positional play, I have looked at two different games of FC Goa from the 2019/20 season. The first one is the Bengaluru FC away game early this year and the second one is the second leg of the play off semi-final against Chennaiyin FC. I am aware that Lobera was not involved with FC Goa for the play off semi-final but the principles of positional play would still exist within the team’s DNA which is why I have included some examples from that game too.

Positional play revolves around the idea of ‘free man’. What is a free man? The simplest answer would be a player who is facing the opposition goal with time and space to threaten the opponents. Imagine Kevin De Bruyne having space and time ahead of him and the infinite possibilities of damage he can cause. If you’ve played or seen the game, have you ever wondered how a player suddenly has so much space? That’s the concept positional play revolves around – creating situations where players can have a lot of space to affect the opponent. Ideally, you want this free player in a situation where he can affect opponents in a dangerous manner (think through pass / dribble / shot) and the direction I see football moving towards, there will be a bigger effort to press the goalkeeper in order to limit space and time. Disagree? I would too because pressing the goalkeeper means being numerically inferior in the rest of the pitch but the rise of Manchester City’s Ederson as a ‘goal-making goalkeeper’ will only create a big demand for a lot of top teams to recruit more such goal-making goalkeepers. Ederson has constantly proved that if you let him be the free man, he will hurt you with a packing (breaking lines) pass.

So who is this free man for FC Goa and how do they create it? Let’s look at an example from their game against Bengaluru FC.

This is a good example of overload to isolate. FC Goa keep possession on one side of the field before Boumous (circled) does well to receive the ball between 2 opposition lines (which means he is positionally superior to his opponents) and become the free man. But because he is surrounded by a lot of blue shirts and does not have enough space to threaten the opponent’s goal, we can say he is a ‘partial’ (not complete) free man.

A few moments later, you can see Mandar becomes the free man because he has space and time to threaten the opponents goal. What is very important in the execution of this overload to isolate principle is to have technically and tactically strong players. This principle requires the ability to play in small spaces along with a good understanding of choosing position based on the ball, teammates, space, opponents and your coach’s philosophy. For Brandon (the player acting as a false 9 in the first image) to choose position on the interior, closer to his teammates is very smart because not only is he overloading the middle to help his team keep possession as a result of smaller distances but he is also vacating a certain space on the pitch which Mandar can exploit. This tactical principle of having Brandon as an extra midfielder has added advantages in the event of a ball loss. This position allows the nearest players to suffocate the opponents in the immediate moments of a ball loss since the players are well connected with small distances. In case the opponents are successful in escaping Goa’s press, it allows the white shirts to block the opponents direct route through the middle thanks to the extra player in Brandon and 2 pivots in Lenny and Jahouh, thus forcing the opponents to play wide or backwards.