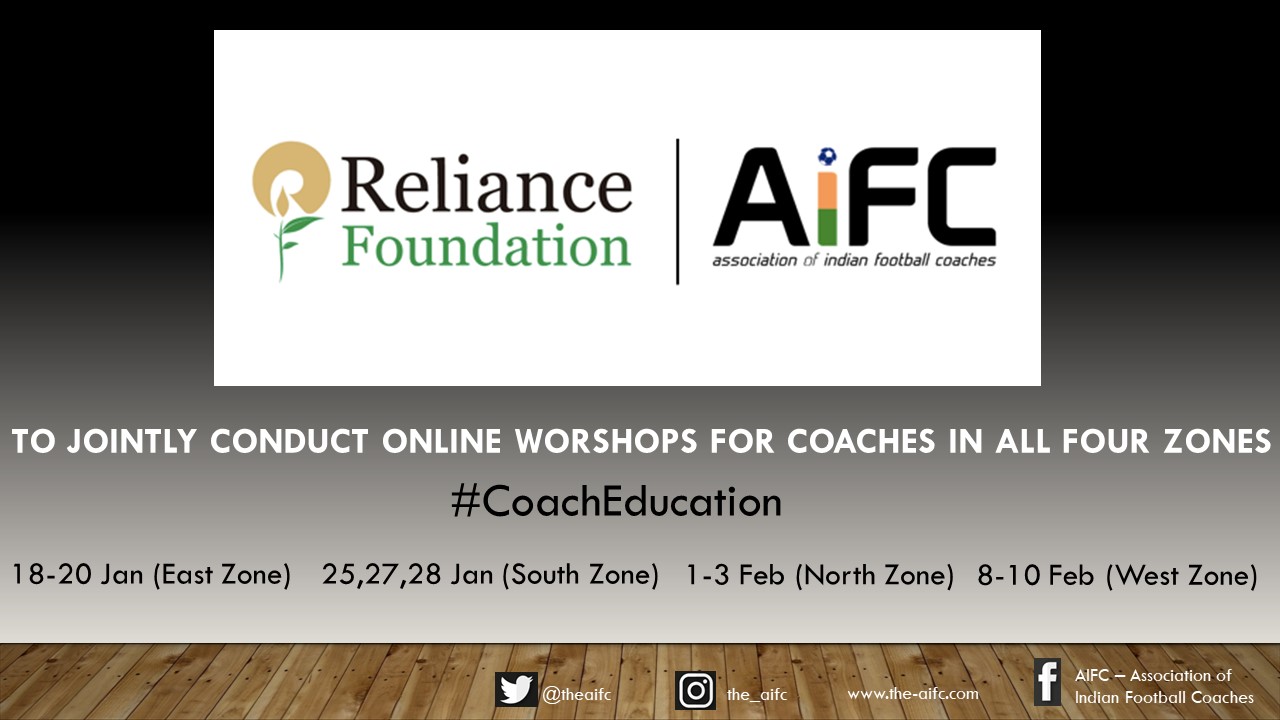 Kick-starting the new year with new set of online workshops for Coaches across the country. AIFC is partnering with Reliance Foundation Youth Sports (RFYS) to conduct workshops for coaches that will be led by qualified experts over three days with sessions ranging from 90-120mins giving coaches who are engaged with football institutes, schools and colleges, detailed insight into various aspects of their role.

The workshops will focus on topics covering the role of a coach as a whole — ranging from the code of conduct, how training sessions should be conducted and how players are best prepared for upcoming matches and for match day. Coaches will also be given insight into aspects such as what to look out for while scouting players, life skills they must seek to impart, how to ensure children under their watch are protected and secured as well as the certifications they need to continue to further their own careers.

“Footballing activities on the ground have been severely impacted due to the Covid-19 pandemic, so an initiative such as this is extremely important to ensure dedicated coaches around the country continue to upskill and improve. Over the last few months, RFYS & AIFC have been at the forefront of ensuring that despite not being able to train and play, players and coaches continue their development through their online initiatives. These workshops are in line with AIFC’s vision of improving coaching through education, exchange of ideas and welfare of the coaches in India. This will be another step in that direction and we are convinced they will be enormously beneficial to the coaches who participate.”

Up to 30 coaches are expected to participate in each workshop and will earn a certification at its conclusion. The registration for the same will be conducted by RFYS.