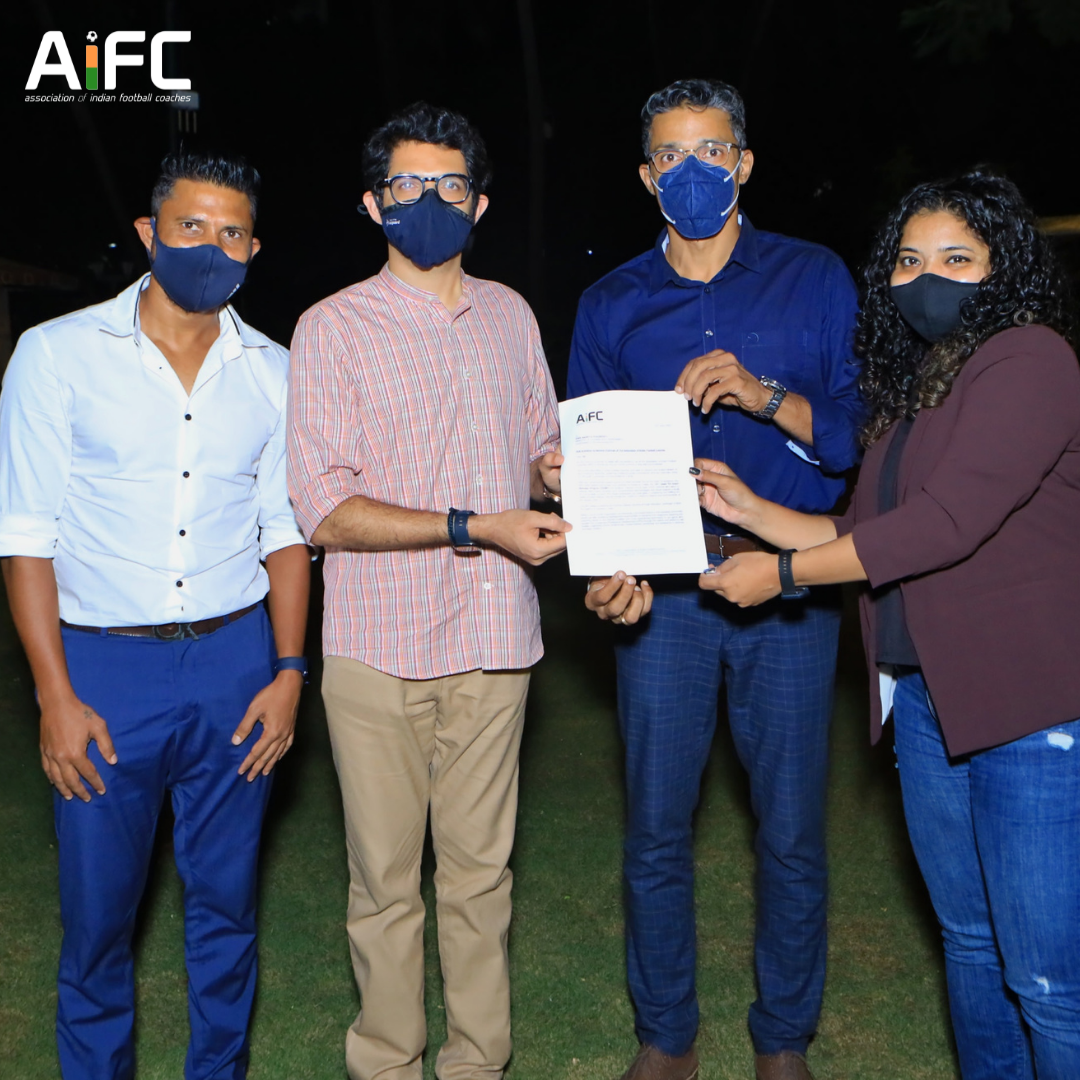 Aaditya Thackeray, Maharashtra Cabinet Minister joins as Hon. Chairman of national coaches body, the Association of Indian Football Coaches (AIFC).
On behalf of the AIFC, founder director Dinesh Nair along with Ex Indian International Player and Odhisa FC coach Steven Dias and Mumbai City FC Grassroots Development Officer Tanaz Mohammed handed over the official letter to Aaditya Thackeray.
President of Mumbai Football Association (MFA), Mr. Thackeray is not new to football. He has been engineering a silent football revolution in India for many years now. Having been instrumental in infrastructure, youth, and grassroots development of football he plays a very vital role in the overall ecosystem of the sport in India.
AIFC along with Shri. Thackeray look forward to a brighter future for Indian football coaches. They recognize and understand the influential role and powerful position that coaches play in the lives and livelihoods of footballers and every child who plays the game.

“I look forward to a meaningful association with AIFC as we work towards a common goal for the upliftment of Indian football.”

“It is with great pleasure we welcome Shri. Thackeray to be part of the AIFC family.  I am eagerly waiting to embark on this joint venture aimed towards uplifting the sport in India
”.

India & France Coaches Associations get into a partnership; AIFC and UNECATEF sign MoU