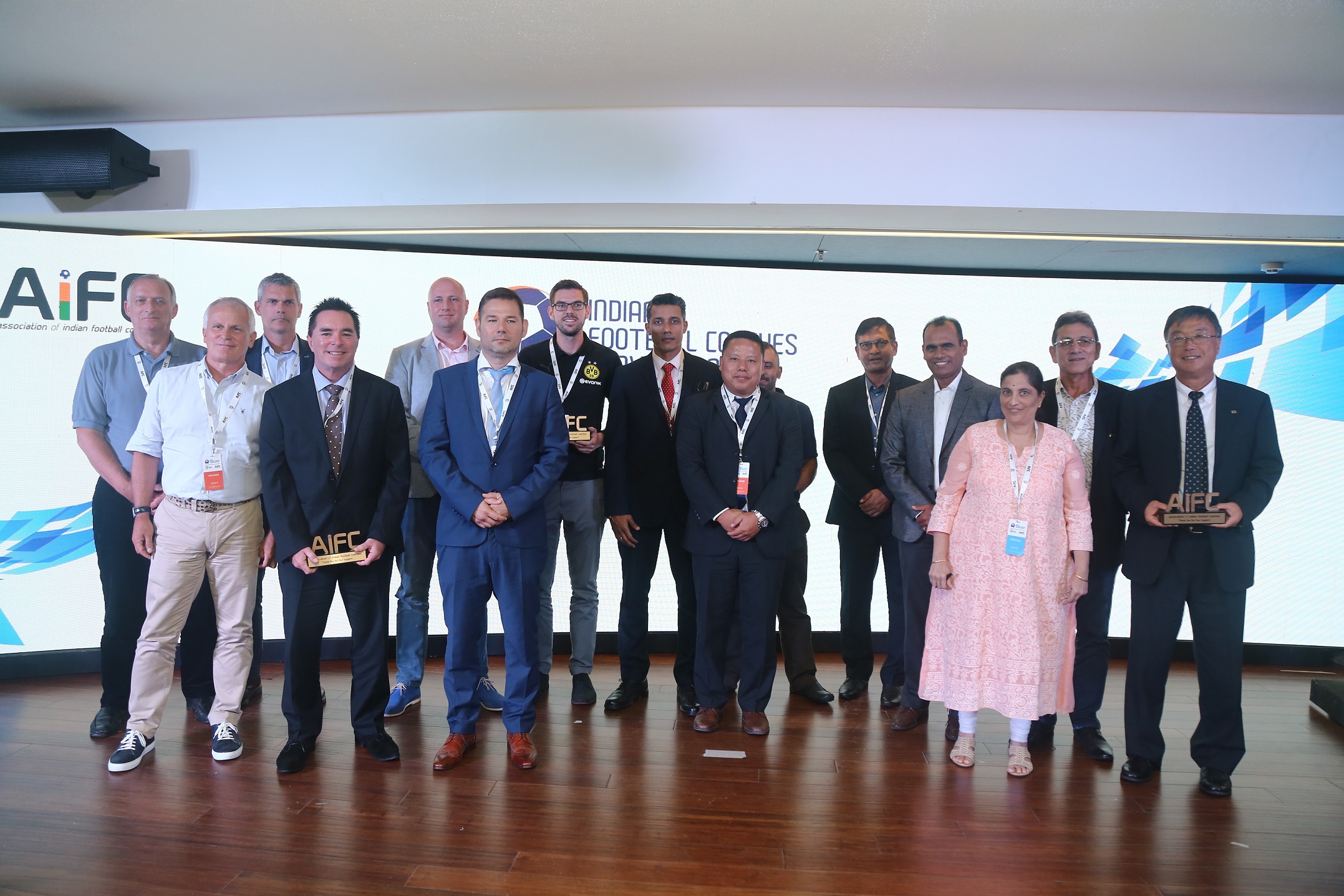 Kushal Das, AIFF General Secretary gave the opening address talking about the Federation’s contribution towards Coach Education. This was followed by AIFC Director, Dinesh Nair talking about why the AIFC was formed and its vision. Savio Medeira, Head of Coach Education and acting AIFF Technical Director presented The Coaching Convention and Future Plans for refresher courses and CPDs.

The convention ended with the first ever AIFC Annual Awards where all the coaches from across leagues were felicitated.