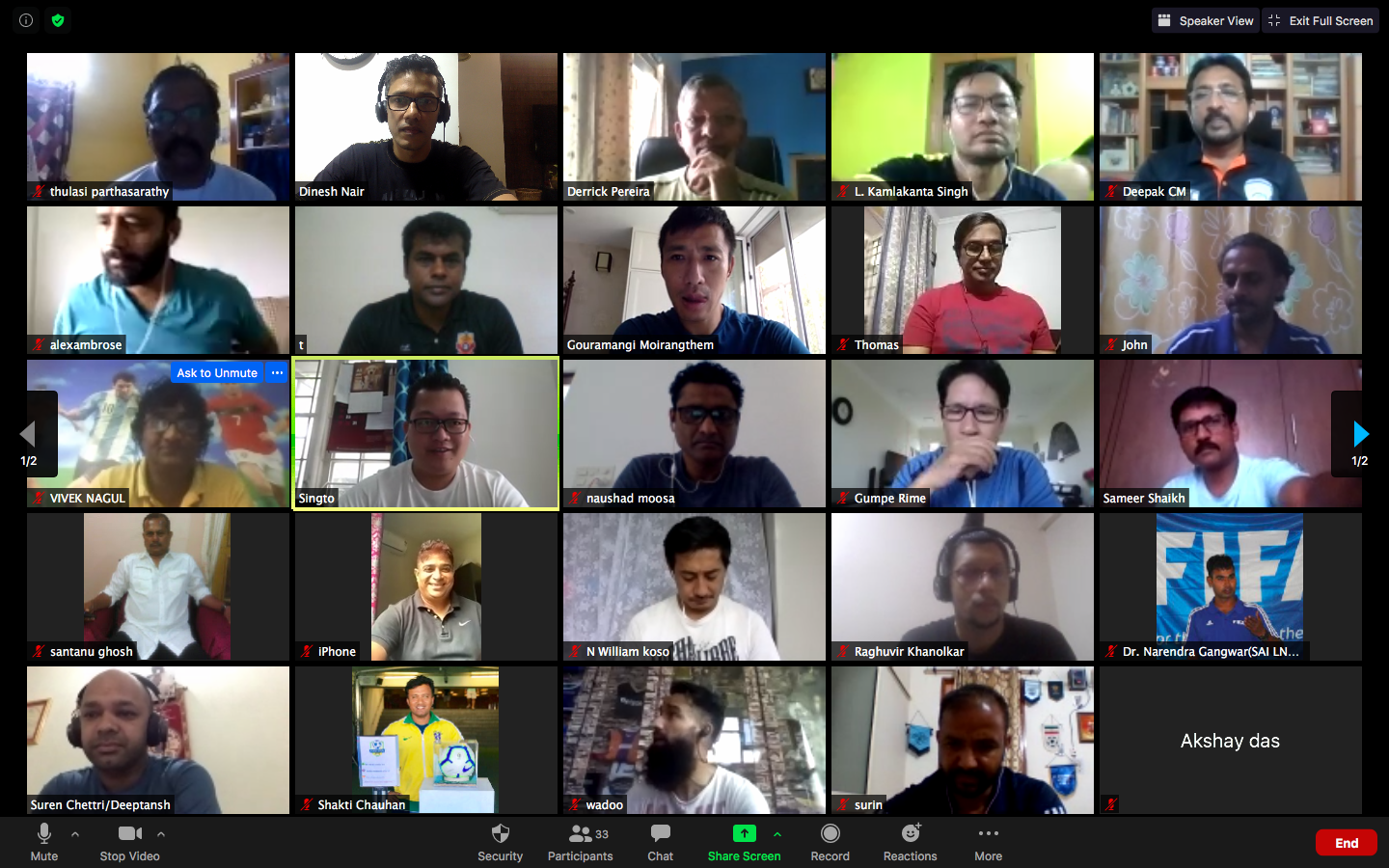 For every successful campaign, there’s always a team behind it, same is the case with #AIFCforCoaches. A team of Coaches and Coach Educators have come together for the smooth functioning of the campaign.

States and regions have been assigned with a representative that will identify the coaches in need in the respective areas. The team that consists of 37 coaches/educators often meet over the Zoom platform. The likes of Gouramangi Singh, Naushad Moosa, Gumpe Rime, Shakti Chauhan, Sajid Dar, Alex Ambrose etc along with AIFC Directors form this team.

“The activities undertaken by the AIFC are very commendable. In these trying times, a little encouragement and support for the coaches in our country will go a long way in helping them stay motivated and focused.”

Coach Moosa heads the state of Madhya Pradesh and is also the Central Zone head.

“It’s good thinking from AIFC to come up with this idea of reaching out to coaches who are really in need during these unprecedented times irrespective of their coaching licenses . And it’s all the more encouraging to see coaches from all states actively participating to make this campaign a successful one. Hope the Indian football coaches community continues to lend their support and help beyond the football grounds when required. My support and best wishes always.”

“It is great to see such support extended during this time for our coaches. AIFC management and the coaches have shown tremendous empathy and humanity. Such developments says a lot about the people involved, this is what football is all about.”

The first batch of food supplies were dispatched on 2nd September. AIFC will continue working together with coaches for the betterment of Indian football.

India & France Coaches Associations get into a partnership; AIFC and UNECATEF sign MoU